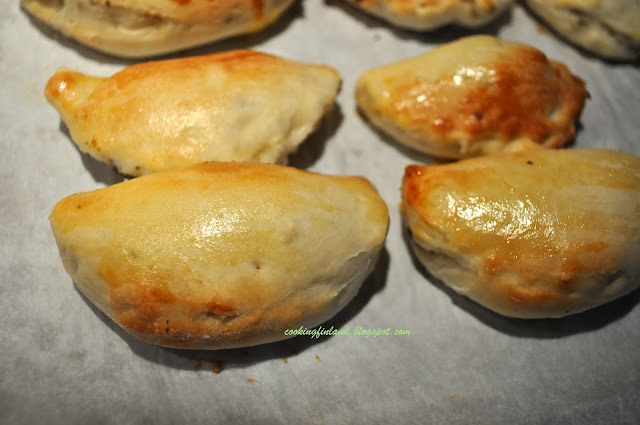 These little pastries filled with meat, onions and rice are incredible.  They are not quite like the pasties served in Michigan's upper peninsula where a lot of Finns settled (those actually are an American Finnish dish, I am planning a post on those very soon), but if you like those, you should give these a try.  These are served all over Finland in cafes or outdoor fast food eateries called kiosks.
Beatrice Ojakangas calls these "Hot Meat Tarts" or "Kuumat Piiraset"  in The Finnish Cookbook.
I'll start with the yeast pastry dough recipe:
1 package active dry yeast (2 1/4 teaspoons)
1 1/4 cup lukewarm milk (3 dl)
1 teaspoon salt
1 beaten egg
1/2 cup sugar (1 dl plus 1.25 tablespoons)
4+ cups of white flour (10+ dl)
1/2 cup melted butter (113.4 grams)
First, I dissolved the yeast in the warm milk.  I microwaved the milk for about a minute and a half, then stirred it well to get the right temperature.  Microwave times vary a lot, so be careful, if the milk is too hot, it will kill the yeast and the dough won't rise.  Then I added the salt, egg and sugar and stirred it well. 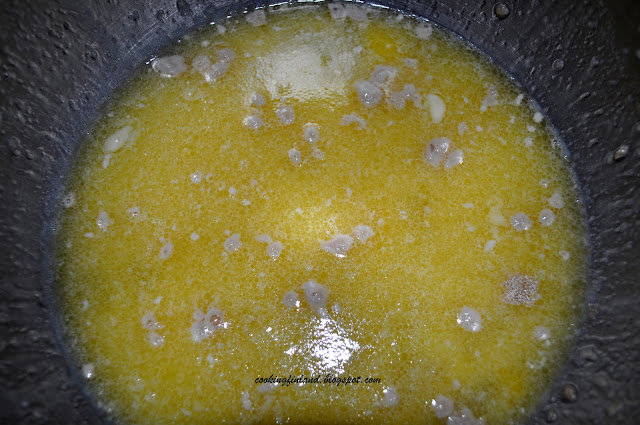 I used my stand mixer with a dough hook to beat in the flour, one cup at a time for the first three cups.  This is what it looked like after three cups of flour were added (I also used a spatula to scrape the sides of the bowl): 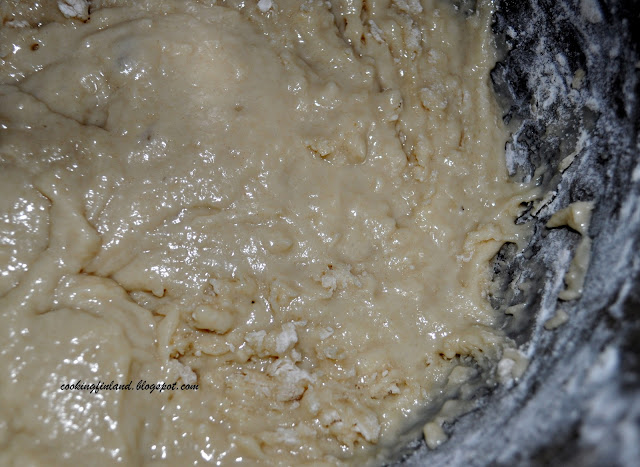 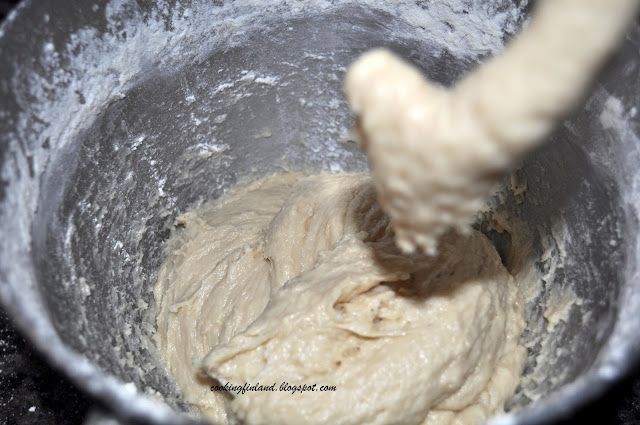 The dough should be very stiff, 4 1/2 cups of flour seemed to be the right amount this time, but this will vary depending on weather conditions, etc.  Here is what it looked like: 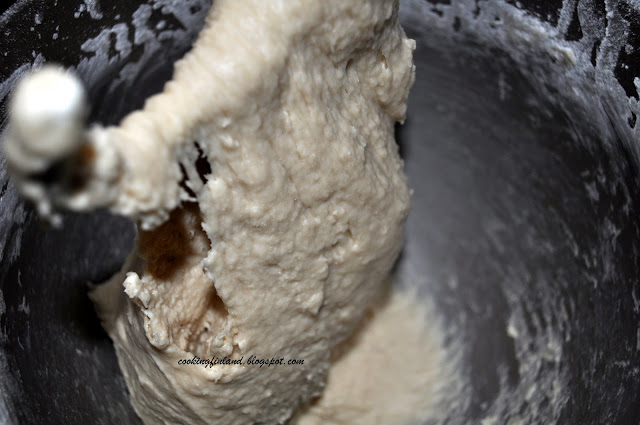 I sprinkled flour over the dough in order to be able to pull it out without getting my hands sticky.  Then I shaped it into a ball and put it in a lightly oiled non-metallic bowl to rise.  Never leave dough in a metal bowl to rise--it just doesn't work as well because the metal conducts heat too well.  I covered the dough and put it in a warm place for about an hour. 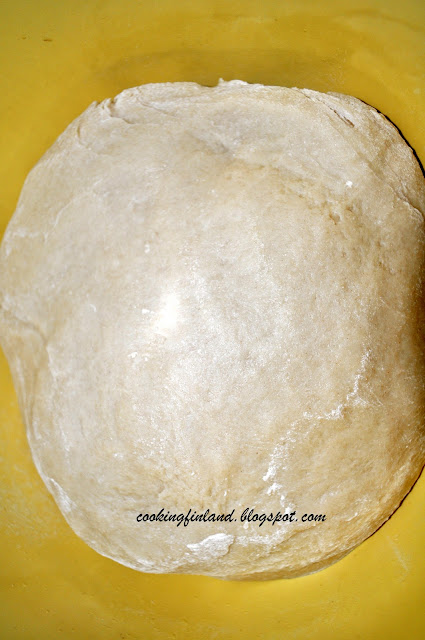 After an hour, it had doubled in size.  I punched it down and let it rise for another half an hour while I prepared the filling. 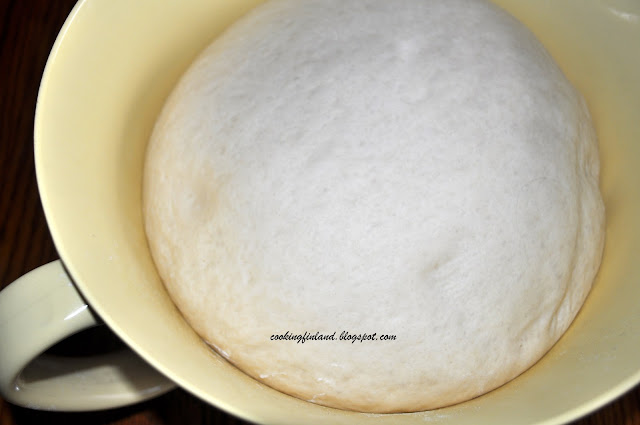 The meat filling ingredients are:

First, I put some rice in my rice cooker to cook.  Leftover rice would be great in this recipe.  I used Jasmine rice because that is what I had in the pantry, but plain rice would work as well.

Then I cooked the hamburger, stirring well so that it was in very small pieces.  You don't want to brown the meat, just cook it until it is no longer pink.  If you are using fresh onion, cook it along with the meat.  Since I used dehydrated, I added it at the end.  Dehydrated onion burns easily.  I salted and peppered the meat, then added the parsley.  By now the rice was finished, so stirred it in. 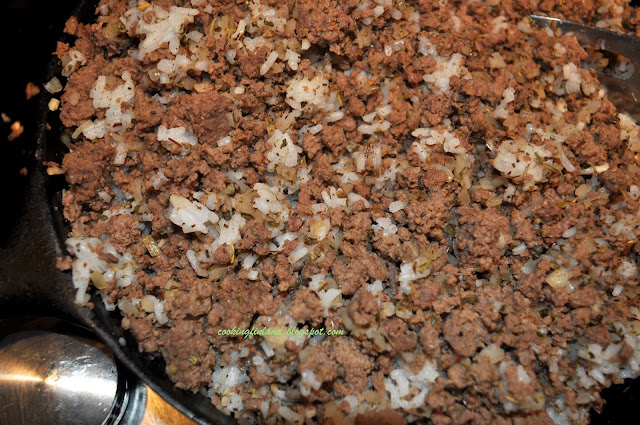 I rolled out half of the dough, it was really easy to roll compared to pie crust dough.  I cut rounds with a 3 inch cookie cutter, like any yeast dough, the circles shrink once they are cut.  Before filling them, brush a little water around the outside edge so they will seal well.  I used quite a bit of filling in each one, the dough is stretchy and easy to work with. 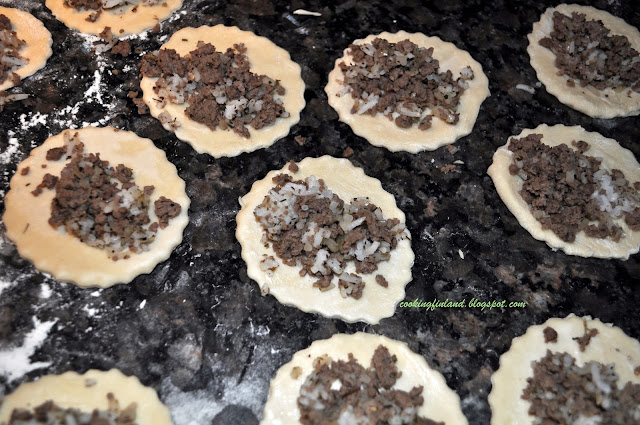 From the other dough, I cut squares as suggested in Beatrice Ojakangas' book.  I didn't like the way these looked after they were stuffed.  I think next time I will make larger circles by cutting with a knife around a coffee can lid.  My family all seemed to like the large ones better, and they were less work.

I've also seen some home cooks in Finland make this like a casserole with a layer of dough on the top and bottom of the filling.  I like the fact that each is an individual serving, though. 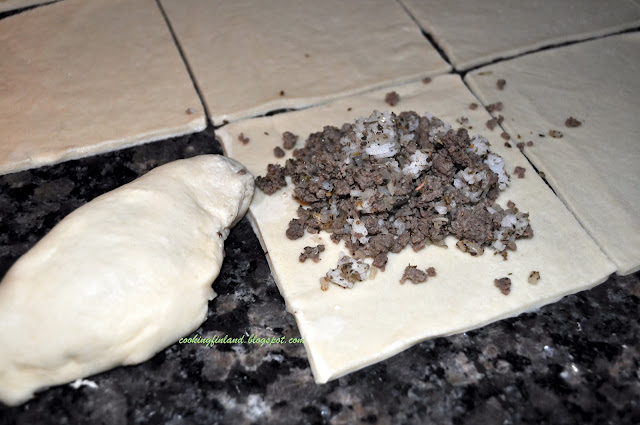 I let them sit for about an hour until everyone came home from school and work.  Beatrice recommends ten minutes to let them rise again, but it didn't seem to matter that I let them sit longer.

Preheat the oven to 400F (200C).  Brush the pastries with beaten egg before baking them.  Bake for 20 minutes. These were delicious, we ate them with homemade pickles, tomatoes and mustard from Ikea.  They also went well with avocado slices, but that was not a very Finnish way to eat them!

The slightly sweet crust was perfect with the savory filling.  These would be great to pack in a lunch or to freeze and thaw individually for lunches. 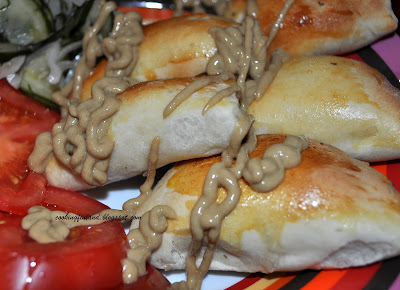 Posted by Elizabeth at 9:30 AM