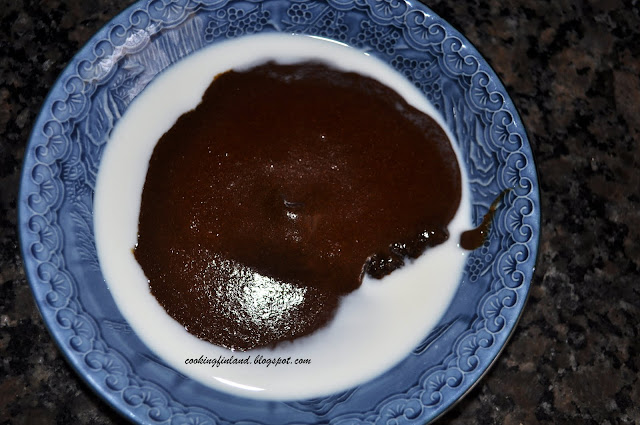 Mämmi is probably one of the most traditional foods eaten at Easter in Finland.  Traditionally it was baked in boxes made of birch bark, but today you can buy it in cardboard boxes in ever grocery store.  There are a lot of mämmi recipes, but the one I used is from The Finnish Cookbook by Beatrice Ojakangas.  Mämmi is a type of baked rye porridge, with a very strong molasses or malted flavor.  I have always loved molasses and enjoy this dish a lot.
My husband has never really cared for the dish as purchased at the stores in Finland, but when I made it for him fresh, he really enjoyed it and asked if I could make it again.  There really is no substitute for homemade!  This dish had mixed results with the kids--I think part of their objection was the color.
The Finnish recipes generally include grated orange peel, or more specifically, grated bitter orange peel (pomeranssi).  After reading some side effects of bitter orange on Wikipedia, I decided not to include it.  I'm sure the small amount generally used in this dish is probably safe, but it sounds poisonous to me.  I left out the orange peel completely, and evidently that is what my husband didn't like about the purchased dish in Finnish grocery stores!  He commented that the flavor was very authentic except for the lack of a bitter aftertaste.  I took this as a compliment!
The ingredients I used were:
4 cups water (1 liter)
1/2 cup sorghum or dark molasses (1 dl plus 3.5 teaspoons)
1/2 teaspoon salt
1 cup rye flour (2.5 dl)
Boil the water, molasses, and salt to a slow boil.  Use a whisk to stir in 1/4 of the rye flour.  Whisk vigorously and turn off the heat.  Let the mixture cool for at least 10 minutes, then whisk in the rest of the flour. 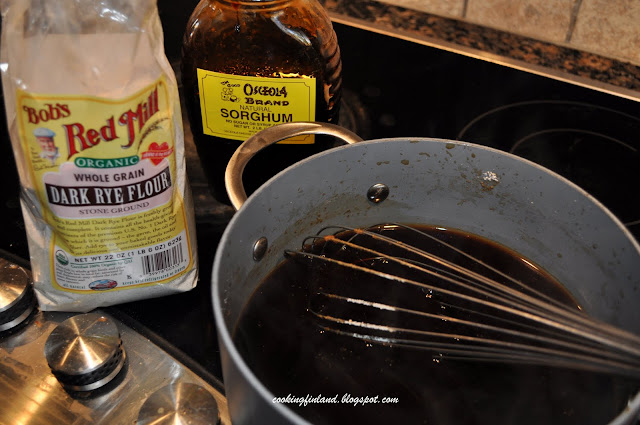 Stir in the remaining rye flour (and two tablespoons of bitter orange peel if you are using it, I didn't).  Remove from heat and pour into a 1.5 quart (1.5 liter) casserole dish.  I sprayed the dish with some cooking spray first, the recipe didn't say that it was necessary to grease the dish, but I think it would stick terribly if you didn't. 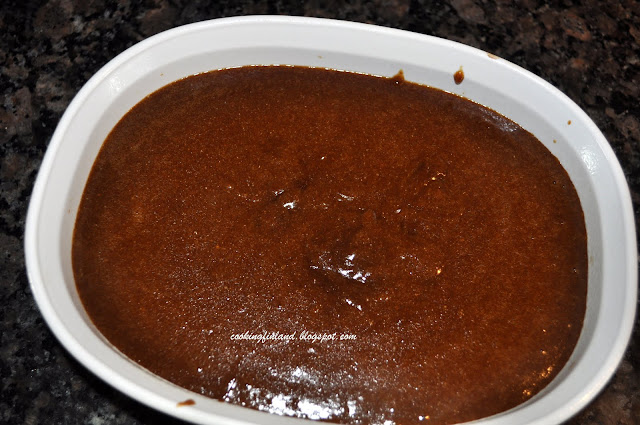 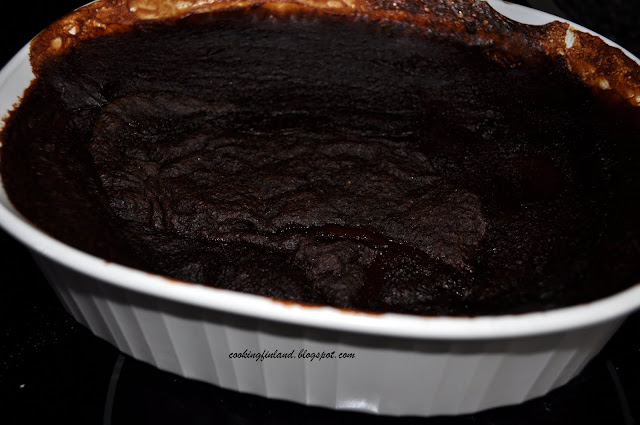 Serve with whole milk or cream and a sprinkling of sugar.
Hope you enjoy this very traditional dish!
Posted by Elizabeth at 7:40 AM