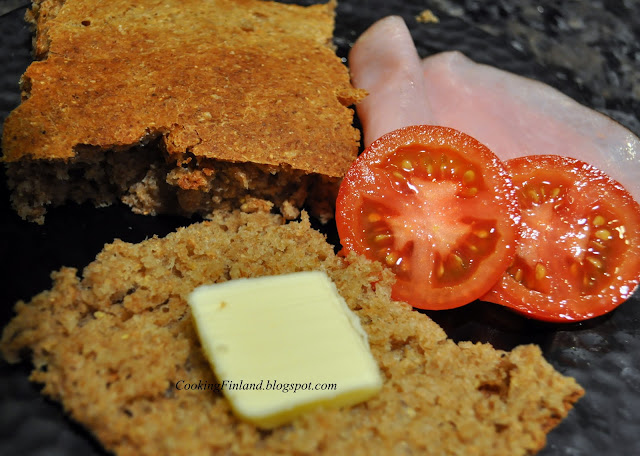 There is a type of rye bread in grocery stores in Finland that I have never eaten home made.  According to Wikipedia:


"Vaasan Ruispala, a brand of rye bread by Vaasan & Vaasan, is Finland's "most popular bread" according to the company. It is otherwise similar to reikäleipä, but is more consumer-oriented. It comes in single portion size, it mixes condensed rye bread taste with zero-day delivery, it borrows from the German rye bread tradition in keeping a more humid, greasier texture than is traditional in Finland, and it makes the best of the humidity preserving qualities of traditional rye bread by serving each piece of bread as a pre-cut pair of two halves, which protect each other but can still be easily separated."


I've been looking for the recipe for a very long time, I've found a lot of posts online where expatriate Finns stuff their suitcases full of this bread and store it in the freezer.  The only recipe I've found is here.  The main problem is that the recipe calls for rye bran, which doesn't seem to be available in my area or online.


Other problems with the recipe are the color and the shape.  To get the color right, I think it would be necessary to add a bread colorant, Beatrice Ojakangas talks about these in her bread baking books.  I haven't seen these in stores, but plan to order some and retest the recipe.  To shape the bread, I am looking for the right pan(s) but haven't found them yet.


Anyway, here is a post of what I've come up with so far, it is not exactly like ruispalat, but I think you will enjoy the results!


2 cups warm water (not too hot or the yeast will die!) (5 dl)
2 Tablespoons dark syrup (I used beet syrup from Ikea which is what is available in Finland...dark corn syrup is more common in the U.S.  Don't use pancake syrup!  You could substitute honey or molasses).


1 2/3 cups rye flour (4 dl), I used dark rye flour from Hodgson Mill...I grew up near that mill in the Ozarks!  They don't actually make the flour there, but it is a beautiful place to visit, you can see photos of it and other area mills here.


2 cups bread flour (5 dl).  Since this recipe calls for so much whole grain flour, it is important to use flour that has a high gluten content here.  I actually tried whole wheat flour once--the bread was so hard that even the dogs couldn't eat it!


The dough should be very sticky, a little thicker than cake batter. 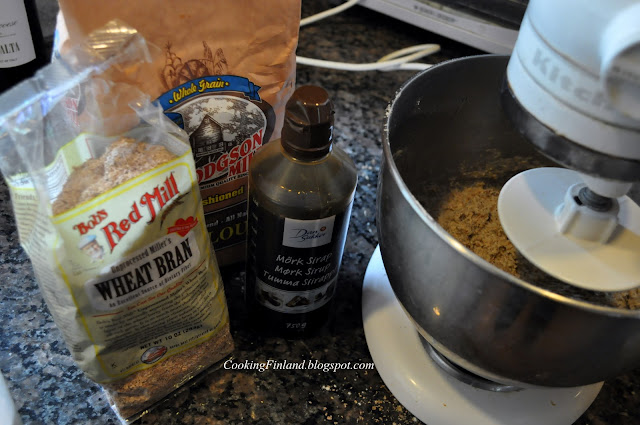 Pour the dough out onto a jelly roll pan which has been lined with parchment paper.  The parchment paper is VERY important, otherwise the bread won't release.  I used wet hands to pat the dough out smooth.  Sprinkle a little flour on top and cover with a towel.  Let it rise in a warm place for 40 minutes. 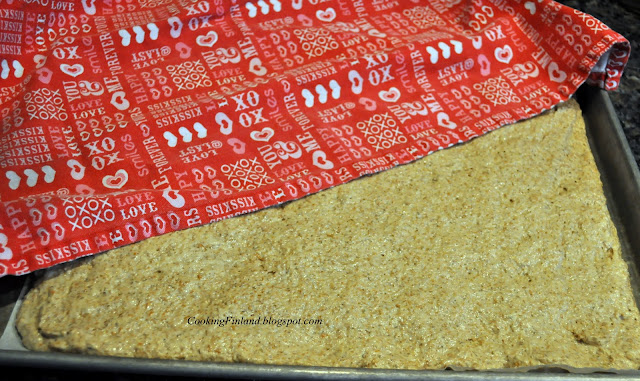 Bake at 450 degrees Fahrenheit (225 Celsius) for about half an hour. 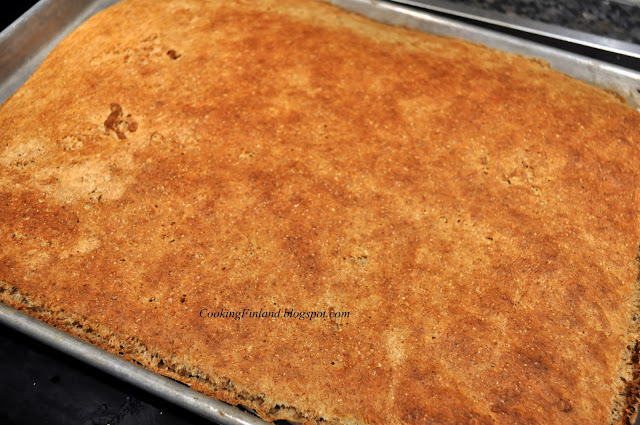 After the bread cools for a bit, it can be cut into squares.  Split each square in half before eating, these pulled apart easily.

The top half of this bread was very much like ruispalat, but I think I need a heavier pan to bake it in because the bottom half was a bit bland and didn't have the right texture.  The wheat bran changed the taste a little, too.  I might try making this with oat bran next time to see what happens, and maybe I'll make it into three loaves in cast iron skillets.  A circular shape would be nice, then it could be cut into wedges to serve.  I'll continue experimenting and posting, check my Facebook page for more frequent updates.
Posted by Elizabeth at 9:54 AM