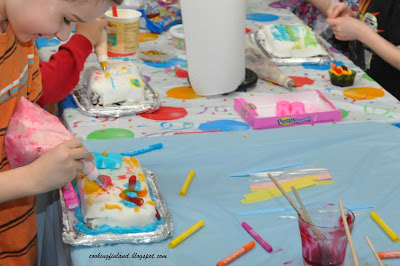 We have all been really busy this week planning an exciting birthday party.  My youngest wanted it to be a cake decorating party, he wanted the kids to all do what they wanted, but to go home with a pretty cake to take to their family.  We had a further complication that the party had to be completely nut-free because one guest was severely allergic.

My first idea was to just give the kids some icing and sprinkles and let them do anything they wanted.  But then I thought about how hard it is to get the icing on smooth without a lot of crumbs.  Also, when I went to look for sprinkles, all of the Wilton brand sprinkles may contain nuts.  I didn't know that the Betty Crocker brand are actually nut-free.  Plus, I wanted something a little different for the party.
What we ended up doing was icing the cakes with store-bought, nut-free icing, and covering them with rolled fondant.  Then the kids were able to paint on the fondant with food coloring dissolved in water, and brand new paint brushes.  Here is how we did it:
First, I took large Zip-lock semi-disposable plastic containers and covered the inside of the lids with foil.  Then I put the lid on the container and made sure that it could still close before Wrapping the foil around.  One for each party-goer.
In the invitation, I asked each kid whether they would like chocolate or vanilla cake.  I baked the little cakes in bread pans, they were the perfect size to fit on the lids.  I also baked some in square pans and cut them in half, but next time I will just use the bread pans.  Putting a piece of parchment paper in the bottom of the greased pans made the cakes come out really easily.  Before I did that a couple of the cakes stuck and were hard to get out.
After the cakes cooled, I put each one on a lid and covered it with the container, they looked just like real cake plates.
Then I made the fondant, wish I had some photos to show you, but maybe I will make a princess cake soon and demonstrate with photos!  At least my family hopes so...
For the fondant, I used a marshmallow rolled fondant recipe.  Use equal WEIGHT of marshmallows and powdered sugar.  Grease a large bowl really well with butter or shortening, and fill it with the marshmallows.  Melt them in the microwave for a couple of minutes (this time will vary with different microwaves).  Then stir in powdered sugar until it makes a very stiff dough.  I used my stand mixer, but greased the dough hook and bowl really well.  I made so much for the cakes, I separated it into smaller balls and put them in plastic wrap for the night.  Just before the party, I warmed up the balls in the microwave and used more powdered sugar to roll them out.  I am afraid I was covered in powdered sugar for most of the party!
At the party, each guest took their cake and covered it with icing.  I decided not to make homemade icing because I really like the cream-cheese flavored icing that is available, and it was nice for each guest to have their own container.  The kids put as much or as little as they wanted, it really didn't matter at all for this part. 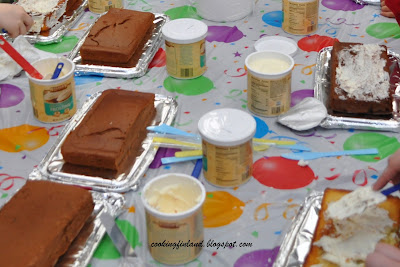 Next, I helped them put a sheet of fondant on the cake.  They smoothed it down and took plastic knives to cut away the excess. 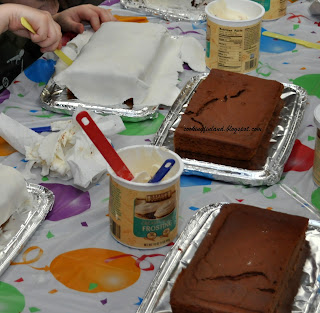 Painting the cakes was so much fun!  At first, the kids didn't quite believe me that they could paint on the fondant, but after a lot of reassuring, it was a big hit.  I also found some food coloring paint pens in my cabinet, these were left-over from a cookie-decorating project. 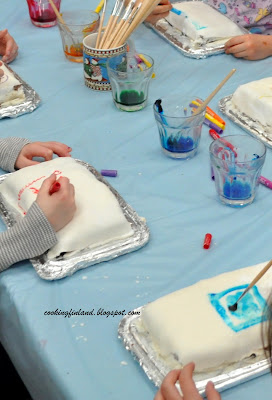 The kids painted (or wrote) whatever they wanted on their cakes.  We had tie-dye, nature scenes, and even a hedgehog.  Plus quite a few messages... 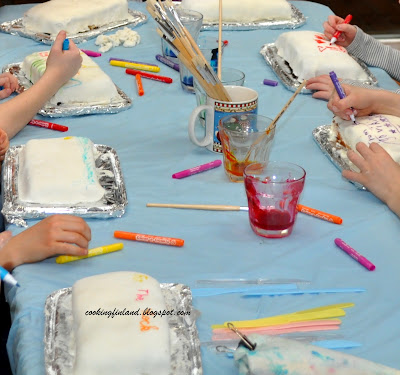 Next, the kids moved over to the candy table where we had some sprinkles and candy to finish off their creations.  We had pastry bags with colored icing to use to attach the candies. 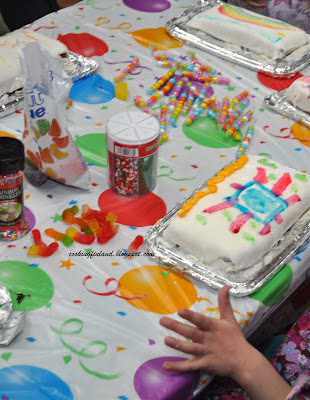 When they finished decorating their cakes, we had cupcakes available to decorate and eat at the party.
Here are some photos of their creations, enjoy! 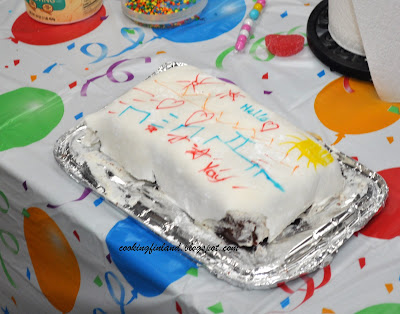 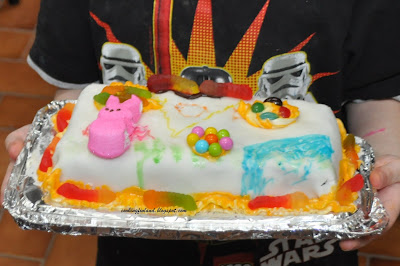 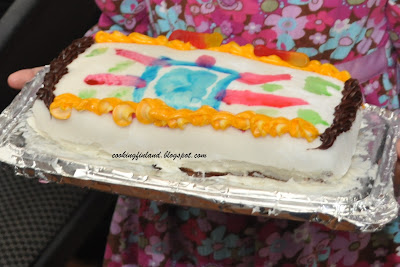 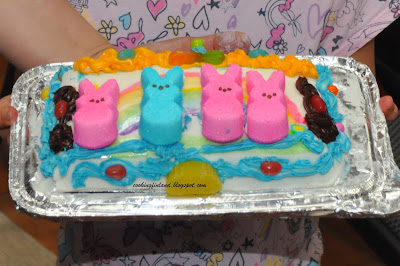 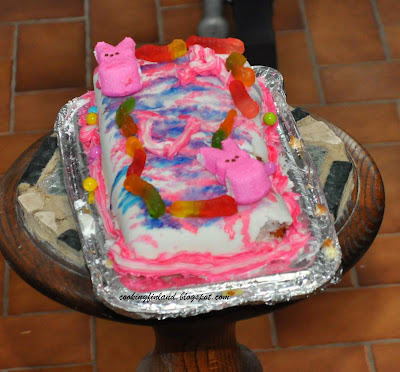 The kids also took turns swinging a plastic bat (while blindfolded, of course) at a Kirby pinata.  The birthday boy had a lot of fun making and filling this pinata! 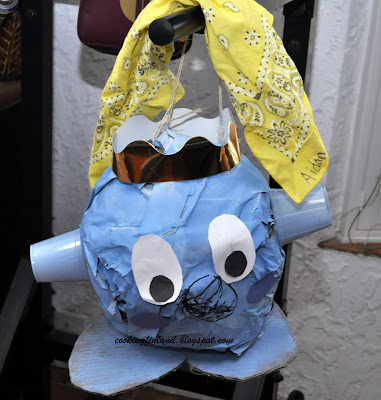 We put the "lids" on the cakes and labeled them for the kids to take home to their families.  The kids were so proud of their creations! 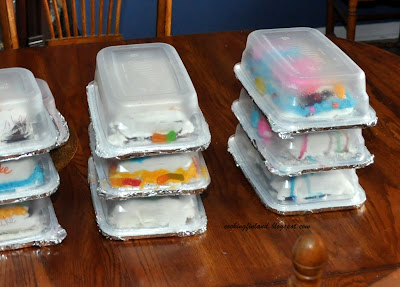