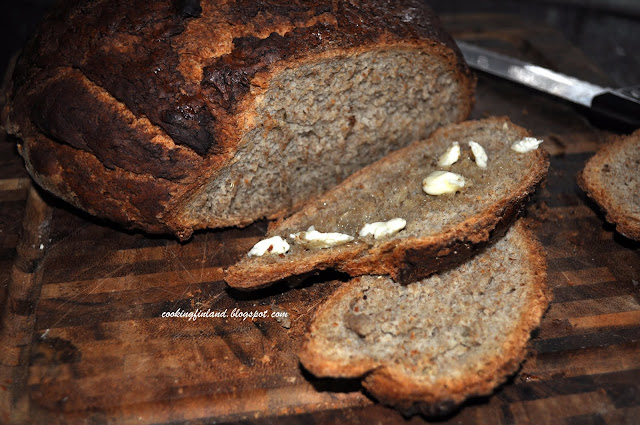 The next in my series of rye bread is from the baking book, Parhaat Leivonnaiset, called Gotland bread.   My husband took one taste and said that it tastes exactly like the limpa made by the bakery in his home town between Kokkola and Jakobstad.
On the first day, boil 4 cups of water and let it cool to lukewarm.  Add 1 1/2 teaspoon vinegar and 1 1/2 teaspoon salt, then stir in 3 3/4 cups (9dl) rye flour.
Cover the bowl with plastic and let it stand over night. 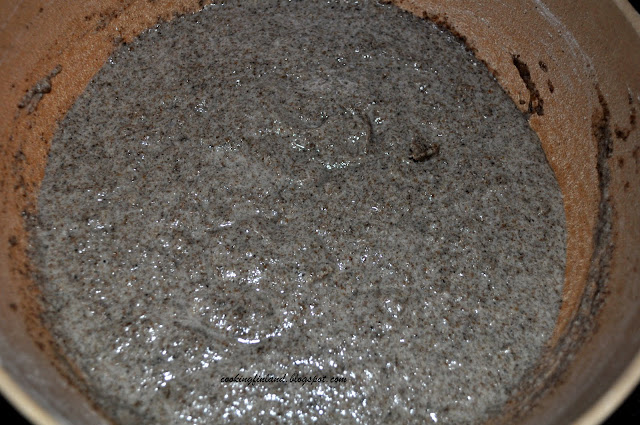 On the second day, I sprinkled on two packets (4 1/2 teaspoons) of dry yeast.  If you use 50g fresh yeast instead, dissolve it in a little water before adding it.  Add 4 teaspoons of fresh ground anise or fennel seed.  This is some from my garden last year, we've had it for 7 years now, and it grows like a weed, reseeding itself freely.  I probably could have ground it a little better than I did (maybe with a food processor), but it was fine in the finished bread. 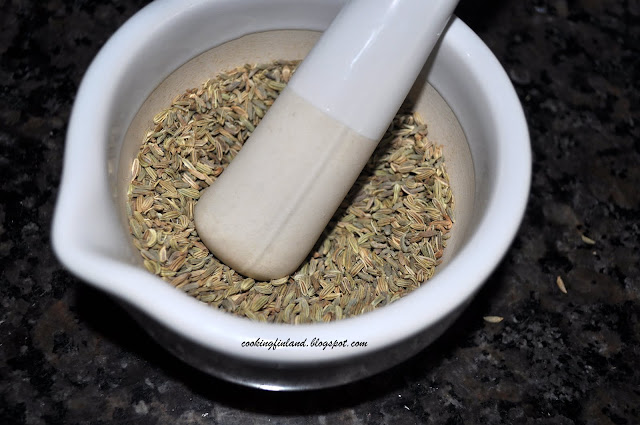 I didn't use my stand mixer this time, the bowl was being used for the hedgehog birthday cake.  I added 2 tablespoons of dark brown sugar and about 3 3/4 cups of bread flour (you could substitute all purpose flour if you need to) (this would be about 9 dl).  I mixed in the flour 1/2 cup at a time, with a spatula as long as I could still stir it, then I switched to kneading it with my hands.  You have to do it by hand once in a while to really appreciate how easy it is to knead it with the stand mixer!
A little flour on top, then I covered it and let it rise in a warm spot until about double (it took a little over an hour). 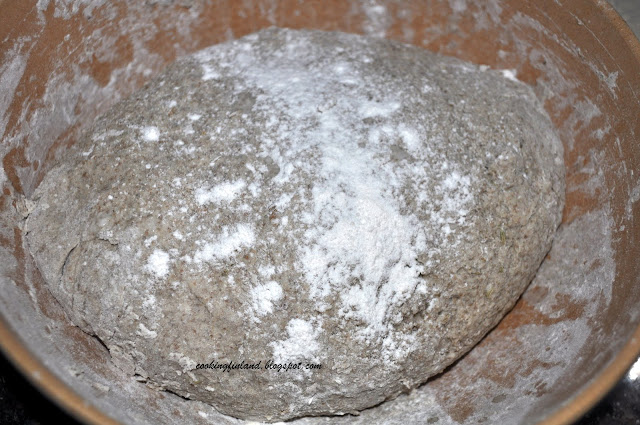 After rising, I punched it down and made it into two round loaves.  I placed these on parchment covered cookie sheets and covered them to rise again, about 40 minutes. 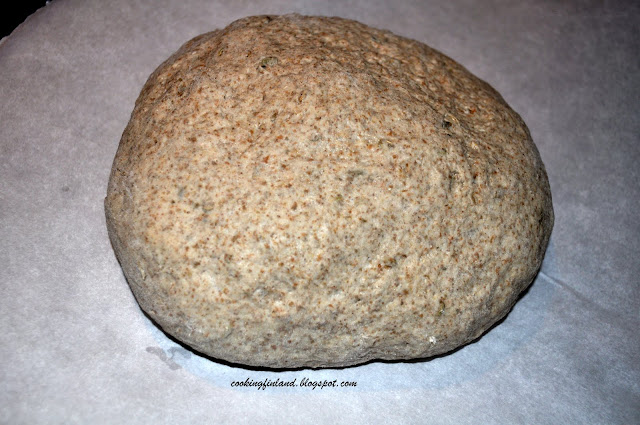 After the second rising, I dissolved a couple tablespoons of brown sugar in a little water and brushed it on top of the loaves.  The original recipe calls for 1/2 dl of coffee and 1 Tablespoon of syrup.  If I had had some coffee left in the pot, I would have used a couple of tablespoons of that instead of the water, but unfortunately I didn't.  Next time I'll plan ahead better... 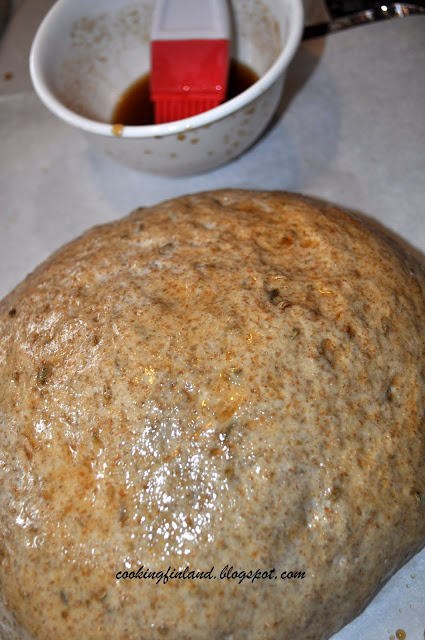 The loaves baked in the bottom of the oven for about an hour at 400 F (200 C).
I've noticed that all of the rye breads taste better the second day.  I keep them in plastic bags, and the crust softens and the flavor improves overnight.
Enjoy!
Posted by Elizabeth at 7:35 AM