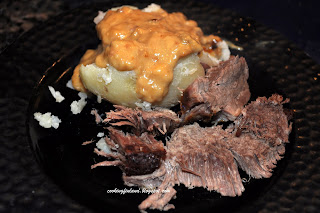 My grandma taught me to make gravy long ago in her little kitchen with painted green cabinets.  My grandma was blind when I knew her, but when she was younger she used to cook at a small hospital, and I think she was probably the best cook I ever met.  I still have her ragged old cookbook in my collection.  She is probably my main inspiration for writing this blog, even though she probably never heard of Finland.  When I look at her old cookbook, I think about what it would be like if I had a more personal account of how she cooked.  Hopefully someday my kids will look back on this silly experiment of mine and appreciate all the work that went into it, and enjoy cooking along again.

Almost every Sunday, Grandma would bake a chicken and make gravy from the drippings in the pan.  She always rubbed butter inside and out on the chicken and then coated it with flour and salt before baking it, and the drippings from that chicken made the best gravy I have ever tasted.  My friends always wanted to come eat when she baked one of those chickens.

Well, since this is Cooking Finland, and my Grandma was born and raised in the Ozark mountains, I didn't make Grandma's chicken for this blog post (I might have to bend the rules later and make it anyway!).  Instead, I already had a roast in the oven, so I decided to make gravy out of Beatrice Ojakangas' book, The Finnish Cookbook.  The recipe was very similar to my Grandma's, with a few exceptions.

First, this is what the roasting pan looked like when the roast was done.  Not too much fat, if there had been more than a couple of tablespoons, I would have drained it out. 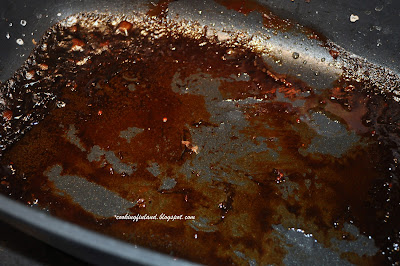 Beatrice added one onion to her gravy.  I didn't have a fresh onion, so I substituted two tablespoons dried minced onion.  I would have browned the fresh onion, but the minced onion didn't need it.  Note that I put the heavy baking pan directly on the stove to make the gravy. 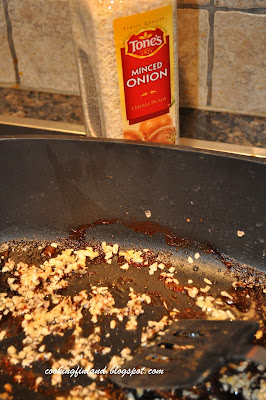 Now for the important part.  Add 3-4 tablespoons of flour to the warm pan and stir constantly until the flour browns.  Keep working the flour furiously to get it in as small of pieces as possible. 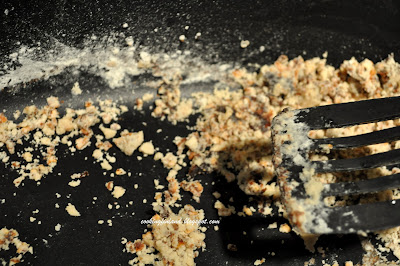 Beatrice put an exact amount of milk to add in her cookbook, 1 cup.  I added 1 cup milk, stirring as hard and fast as I could, scraping the bottom of the pan well, but it was not enough.  Just keep adding milk until the gravy is the consistency that you want.  In this case, it was 1 1/2 cups (3.5 dl).  Following the recipe, I also added a teaspoon of dry mustard and salt and pepper to taste.  With the mustard, I added a tablespoon of brown sugar, I felt it needed it. 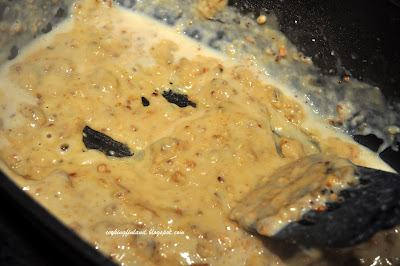 We all agreed that next time we'll leave out the mustard altogether.  We ate the gravy in typical Finnish style with boiled potatoes and roast beef.
Posted by Elizabeth at 8:55 PM