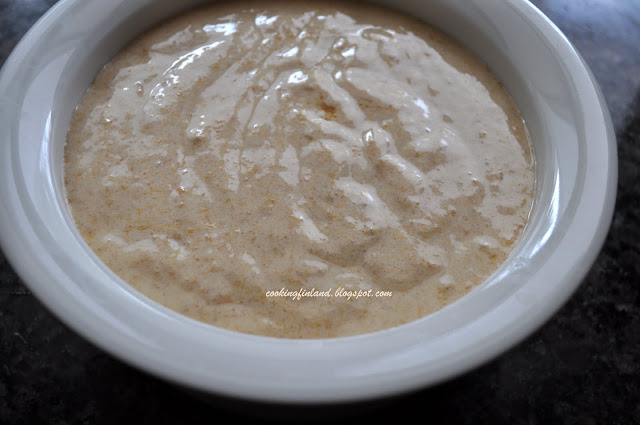 When I posted last week about vispipuuro, one of my former host sisters, Kati, said that the apricot version is really delicious.  My husband worked from home today, so it was a nice afternoon snack for us, with enough left over for the kids.  Maybe.

I looked at Beatrice Ojakangas' recipe in The Finnish Cookbook, but she added a whole cup of sugar!  This seemed excessive to me, so I consulted her recipe, but modified it to eliminate the sugar.

I sorted out the apricots from an extra-large bag of dried fruit from Sam's club, but only had a half cup, and the recipe called for a whole cup.  So I added in the dried peaches from the bag and had just enough.  Since the peaches are already not as sour as apricots, I decided to completely eliminate the added sugar by cooking the fruit in 4 cups of apple juice instead of water.  I cooked the fruit over low heat until it was so soft it broke apart when stirred.  This took about an hour. 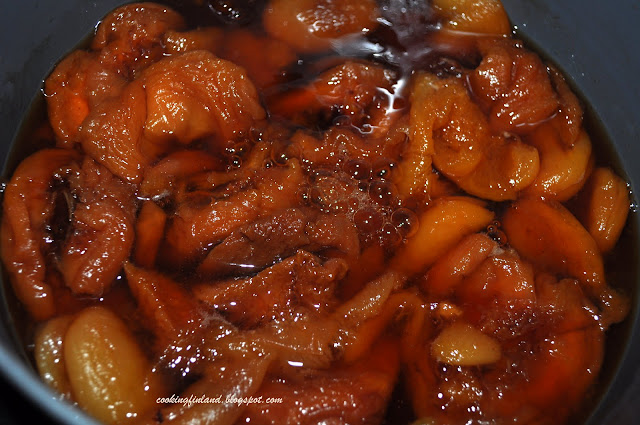 Next, I measured how much liquid and fruit I had left, and it was just over two cups.  I added about two cups of water and about two cups of apple juice to make six cups total.  Then I brought this back to a boil and whisked in a half cup of cream of wheat (or you could use malt-o-meal).  Just like in the earlier post, I whisked this for a few minutes over medium heat until it thickened. 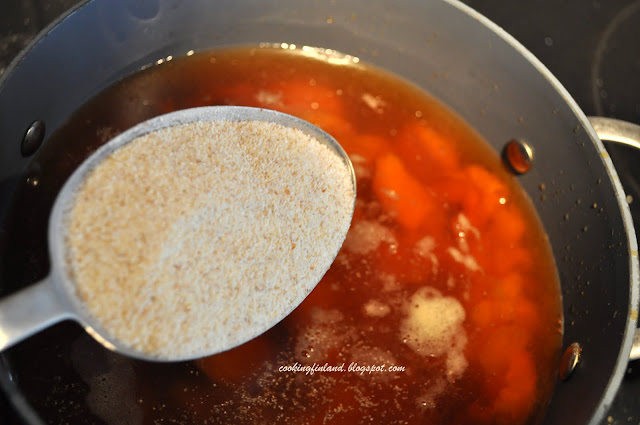 The thickened liquid then went into my stand mixer bowl, and I whipped it for a very, very, very long time (at least 20 minutes!).  I had a little trouble, it splattered a lot at the beginning, so I used a low speed until the chunks were broken up well, then gradually increased the speed.  I also used a splatter guard, but it splattered anyway!  Here is a photo taken after about ten minutes of whipping: 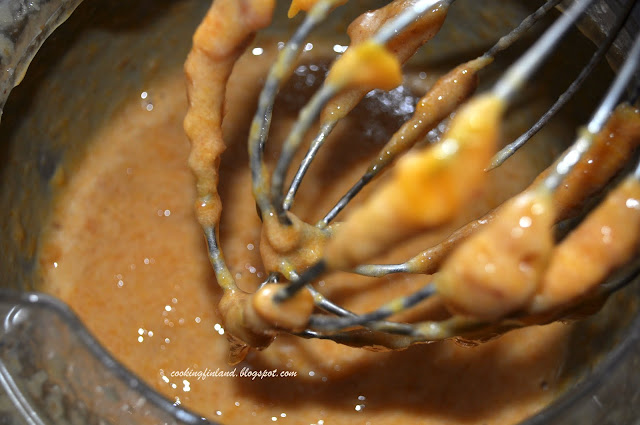 Eventually it was ok at high speed and I left it to whip, my big mistake.  When it started to get thick at the end, it started splattering everywhere, on the window, on the clean dishes in the drying rack, on the bananas laying on the counter...I won't forget this recipe soon--I'm sure I'll be finding random splatters to remind me for a long time!
This whipped porridge was even better than the one made with berries, and we didn't miss the refined sugar at all!
Posted by Elizabeth at 12:03 PM