I found a recipe in an old Time/Life book, Recipes:  the Cooking of Scandinavia and decided to modify it a bit.


Mushrooms grow everywhere in Finland, my husband's favorite type is chanterelle (kantarelli), but they are really hard to find here.  I found some dried ones in a jar at a local grocery which carries a lot of ethnic foods.  After soaking a few in warm water for a couple of hours, I cut them up and boiled them with some fresh button mushrooms.  This gave the salad a richer flavor.

First, I soaked the dried mushrooms for a couple of hours. 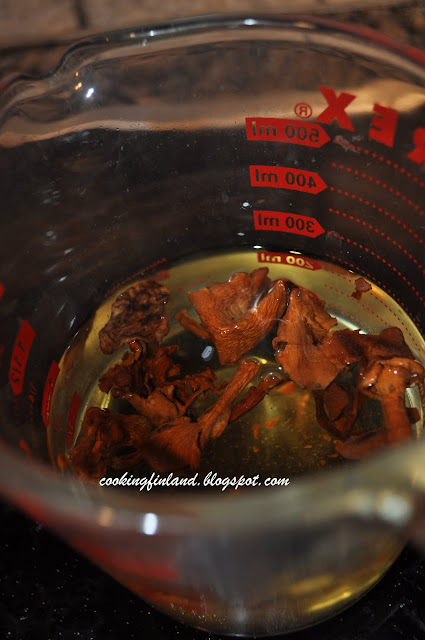 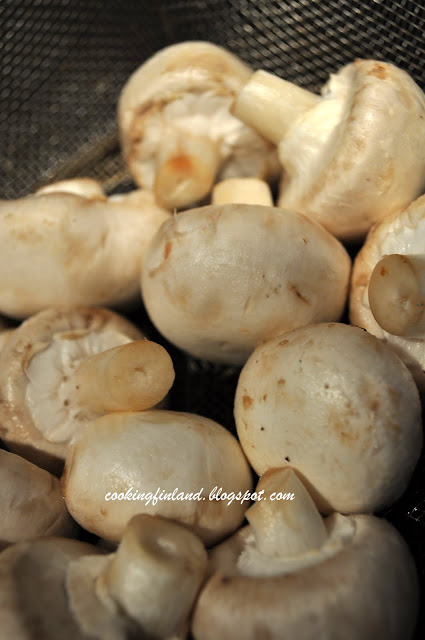 Then I chopped the chanterelles and about a pound of button mushrooms.  In a small pot, I added the soaking water plus enough extra water to cover the mushrooms. 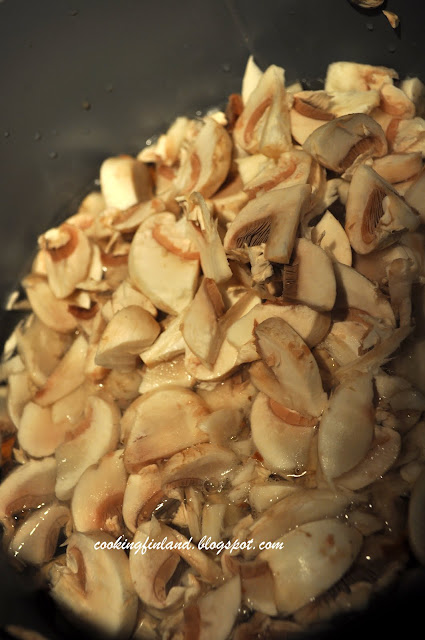 After boiling for about 4 minutes, the mushrooms were ready to drain to use in the salad.  I saved the cooking water to use later for stock, it will be a great addition to soup.  Waste not want not! 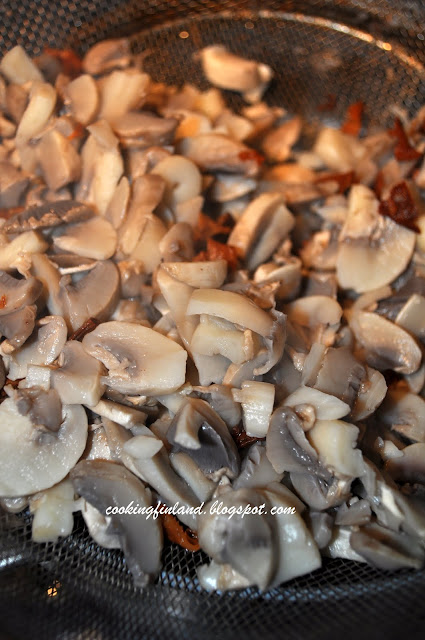 To the mushrooms, I added about 1/4 cup of cream, three tablespoons of grated onion, about half a tablespoon of sugar, half a teaspoon of white pepper, and salt to taste.  It seemed like something was missing, so I also added a couple tablespoons of some French onion dip that I had in the refrigerator, but sour cream would also be good.  Some of the boughten mushroom salads seem to have mayonnaise instead of cream, I might try this later and report on the results. 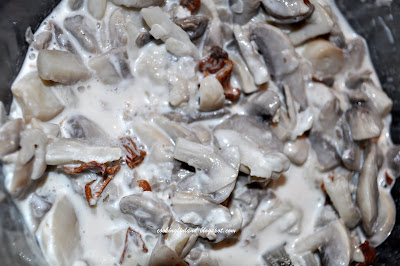 The salad was delicious, everyone loved it except the youngest who refused to try it.  I'm not sure if it is traditionally Finnish, but my Finnish husband likes it best on ham sandwiches!  There are only a couple of spoonfuls left, but I am looking forward to finishing it off for lunch today! 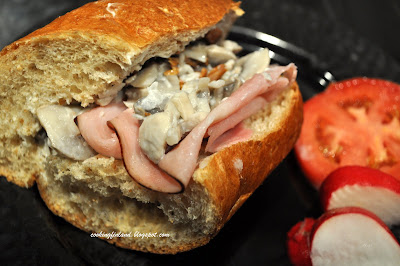 Posted by Elizabeth at 7:05 AM