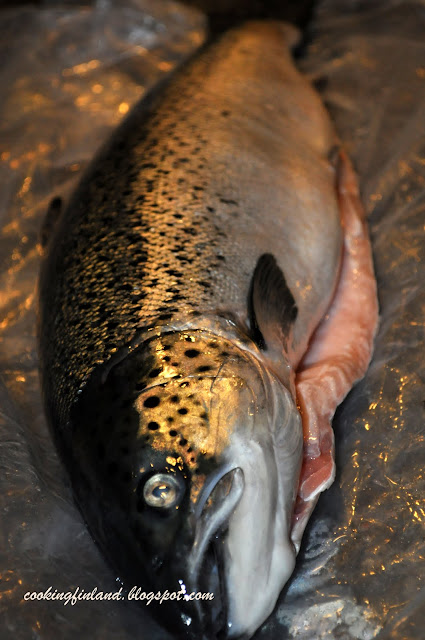 We really were lucky yesterday, with my morning coffee I read that one of the local stores had a very fresh shipment of whole salmon for $3.99 a pound.  I rushed over and joined the line at the fish counter.  They opened ice chest after ice chest as I waited, but I finally got my prize--actually two of them, one for now and one for the freezer.  The fish were cleaned and scaled, beautiful!

Since it is so rare for Chicagoland to find such fresh fish, I decided to fresh cure it.  You'll have to excuse my poor fillet job--I definitely need more practice.

First, I cut off the head and filleted the salmon, then covered the bottom half in chopped fresh dill like this: 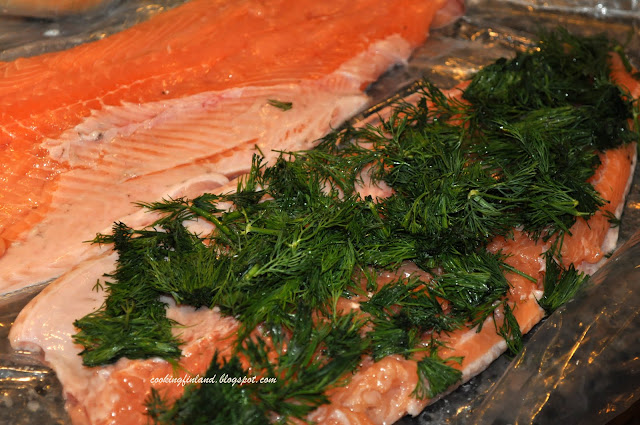 Next, I mixed together 1/2 cup salt and 1/2 cup sugar, with a tablespoon of white pepper and spread this over the dill.  It was a little difficult to find a pan large enough for this project, but one of my pyrex casseroles seemed to work.  Make sure the pan you use is deep enough--a LOT of liquid will come out of the fish. 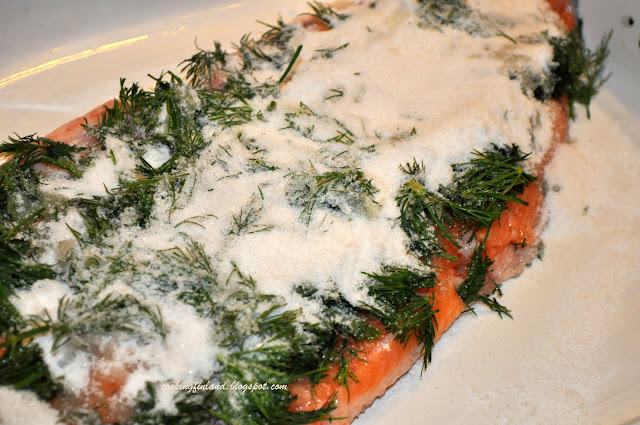 The other half of the salmon went on top, then I covered the whole thing with foil. 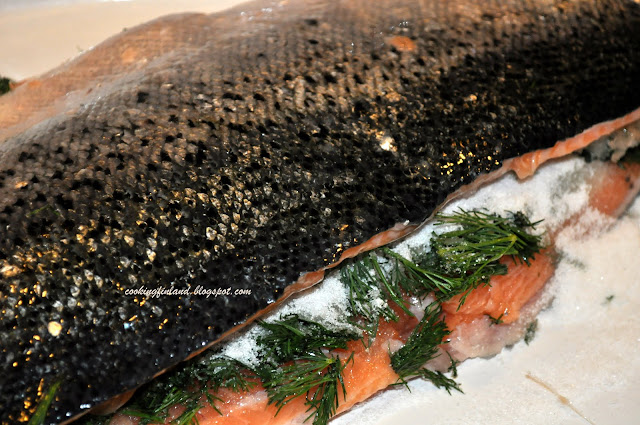 Next, I found a heavy platter that fit down into the casserole, and weighted it down more with cans.  The foil is up a little in this photo, I fixed it before putting the whole thing in the refrigerator. 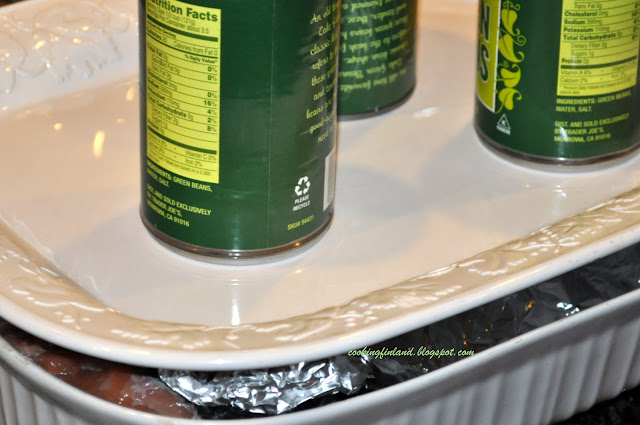 I took the fish out this morning and marinated it in the liquid that has accumulated, then flipped it over, reassembled the weights, and put it back in the refrigerator.  I will keep doing this every twelve hours for two days.  We can't wait to eat it!  In the meantime, I made fish soup with the bones and the meat that was on them.

Update:
I've been doing a little more research on the process, and it is recommended that the fish be frozen for three days either before or after curing to kill any parasites, and a lot of sites recommend curing for only one day.  Guess we'll be waiting a little longer!  Another interesting idea that I found is adding smoke flavoring to the curing fish.  This sounds really good.
Posted by Elizabeth at 7:48 AM

Email ThisBlogThis!Share to TwitterShare to FacebookShare to Pinterest
Labels: salmon