I owe my readers an apology.  We had some wonderful friends over this New Years' eve who brought so much food with them that I have barely cooked all weekend!  But here is a look at what they brought: 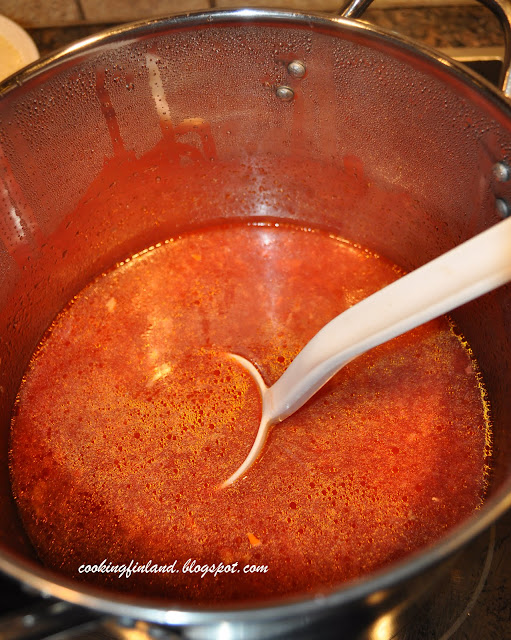 This is authentic Russian borscht from an old recipe in my friend Irene's family.  She is first generation  American and grew up in California.  The soup was wonderful and rich.  Irene also brought piroshki, yeast dough buns filled with ground beef and baked.  Wonderful!

Irene shared her recipe with us, here it is:

Simmer the meat in the water for 30 minutes. Then add the beets and salt. Boil for 10 minutes more.
Remove the beets from the broth and grate coarsely. Then return to the pot and add the remaining ingredients except for the bay leaf and sour cream.
Simmer the soup until done, about 1 1/2 hours. Remove from the heat and add th bay leaf. Let the soup cool to room temperature, then chill overnight. Next day, skim off the fat, remove the meat from the bone and cut up into bit size pieces, put back in the soup and reheat. Serve in a bowl with a dollop of sour cream. (I also like to put a bit of dill on top) 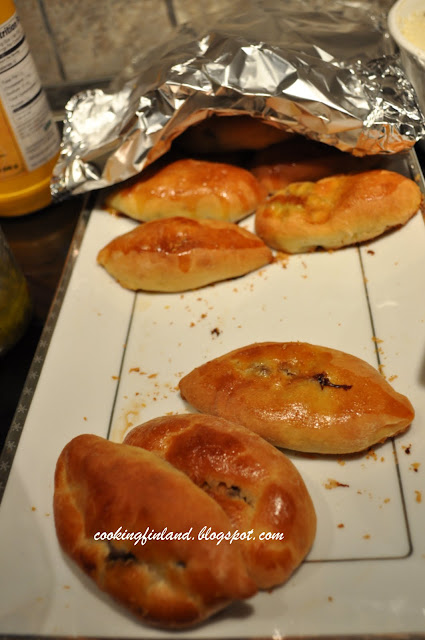 Our friend Anna brought Polish herring like her dad used to make, it was terrific.  She said that she took salt-cured herring and chopped onion, then drizzled on plenty of olive oil and added cracked pepper.  Very tasty! She also brought canapes of dark rye bread with salmon, goat cheese, and tomatoes or cucumbers.  They were my favorite! 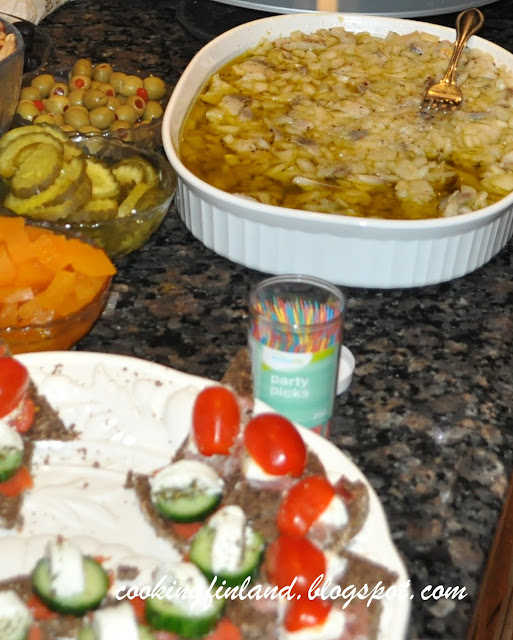 I don't have photos, but Greg and Kathy brought homemade friend wontons with sweet chili dipping sauce, they were gone in no time!  I made a simple brisket roast in the slow-cooker, flavored with bouillon and surrounded by carrots and potatoes.
We had two chocolate fountains for dessert, one milk chocolate and one white chocolate, and Anna brought strawberries to dip, along with pretzels and mini marshmallows.  Other friends sent in trays and trays of cookies.  My daughter baked a cake during the day, all by herself.  She used the Better Homes and Gardens cookbook for the cake base and decorated it with canned cream cheese icing.  It was beautiful and very tasty! 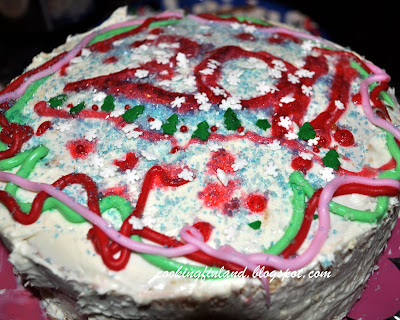 We are so fortunate to have such good friends!  We had so much food left, we have had leftovers all weekend.  I bet my family is ready for some good Finnish cooking again now!
Posted by Elizabeth at 5:11 AM