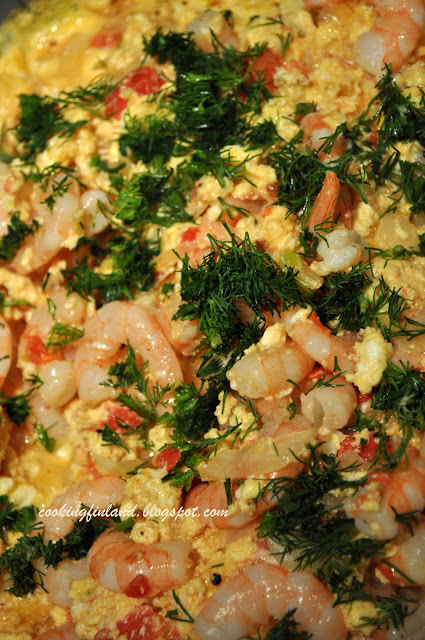 Tonight we were a little busy, still working on the bathroom remodel/sauna addition.  I had planned to make cabbage rolls, but just didn't have time.  Instead, I looked online for a Finnish recipe which had the ingredients that were already in the refrigerator.  I found shrimp scrambled eggs from Kotivinkki.  I followed the directions fairly closely, but substituted white onions for red ones.  I also increased the amounts by half, we have five to feed, including a teenager who is usually very hungry.
First, I chopped a large onion and two roma tomatoes.  Then I broke a dozen eggs into a large mixing bowl and added 1/4 cup of water, as in the original recipe.  Next time I will use milk instead, as I usually do.  We think scrambled eggs taste much richer with milk. 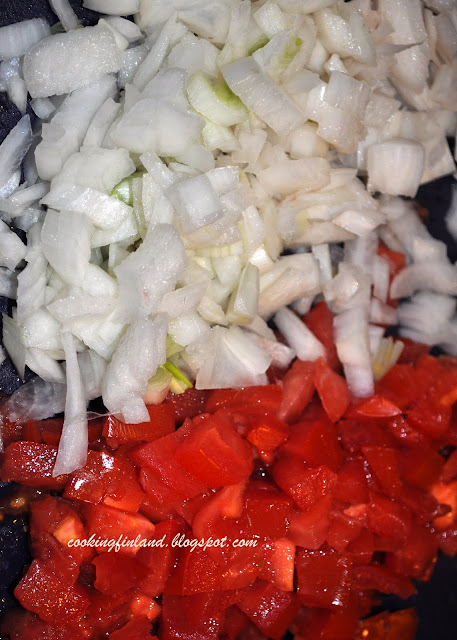 Then I soaked the precooked, frozen shrimp in water to thaw.  This just takes a few minutes, especially if you change the water often.  After they were thawed, I drained them and put them on a clean towel to dry thoroughly. 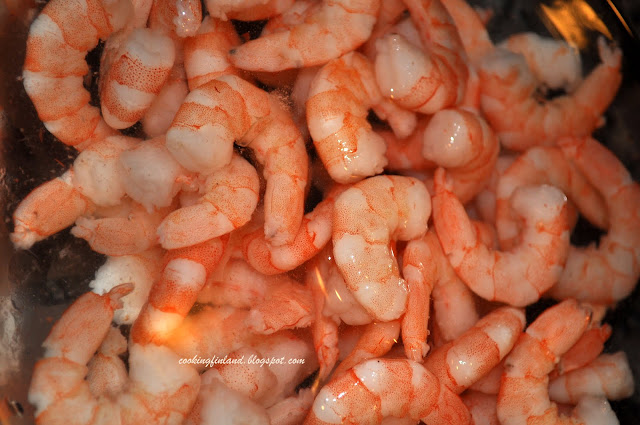 I used a nonstick pan and a couple of tablespoons of canola oil to sauté the onions over medium heat until they were translucent.  Stir constantly and don't let them burn!  The pan I used has an eco-friendly, non-toxic nonstick, it works pretty well, but has started to show its age on the bottom.  It is from a set I found at Target a couple of years ago. 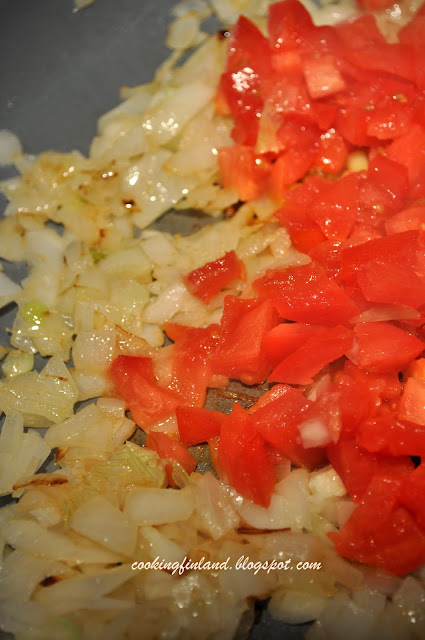 If we were in Finland, or if I had baked this week, we would be eating rye bread with butter with this dish.  Tonight we had to make do with bagels and salmon-flavored Philadelphia cream cheese, not Finnish at all, except that everyone who has visited us from Finland has liked them. 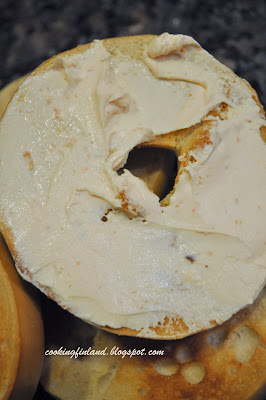 My husband and I thoroughly enjoyed the dish.  The kids, not so much...the comments were (in descending age order):
Kids' questions:
1.  Are there tomatoes in that?
2.  I'm not really in the mood for eggs.
3.  Why do the shrimp look like that?
My answers:
1.  Just a little.
2.  Put more salt on it.
3.  Because they are shrimp.

Anyway, not the kind of table banter that I was hoping for, but all kids have their days where they just aren't in the mood to eat something.  Next time I make it, I'm putting milk instead of water, a little more salt, and maybe adding something salty like Parmesan cheese or capers.

My husband was very happy this week to find Christmas soda at World Market.  Tastes kind of like very sweet Coke, if you added apple cider spice. He is enjoying it with some Italian nougat, which I also don't care for. I am waiting for his sugar headache which will be coming any time now.
As an update, we still have some mead left (kotikalja), look at how carbonated it has gotten, the bottom of the jug is rounded! The last time I opened a bottle of mead that was this carbonated, I had to clean the ceiling and walls afterward. 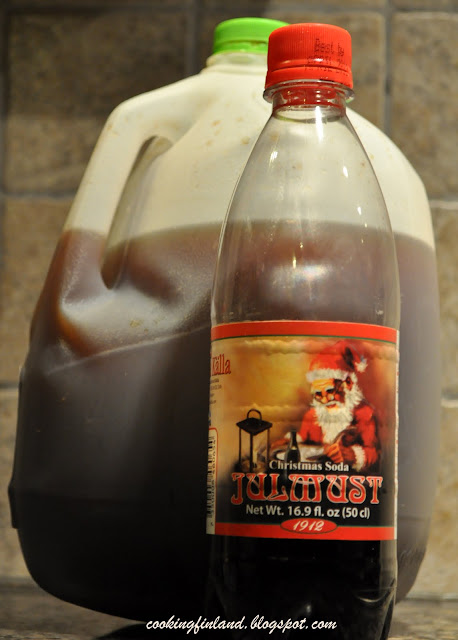 Have fun cooking and keep checking back, I have to make the cabbage rolls very soon.
Posted by Elizabeth at 7:01 PM