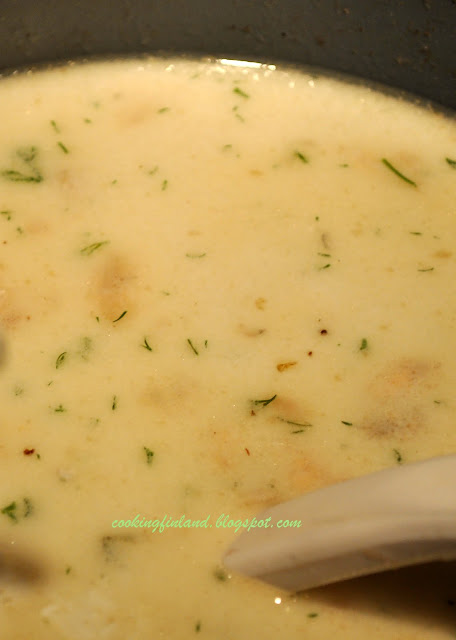 My salmon was curing in the refrigerator, but the kids wanted to eat some immediately.  All I had left was the bones and head, so we made some salmon soup. A friend just reminded me that I really need to give my host mom, Sirkka, some credit here, she makes the most incredible salmon soup!
First, I boiled the salmon in about 6 cups of water for half an hour to make broth.  Then I strained out the fish and bones.  I'll leave this picture of the fish smaller, it isn't the most appetizing... 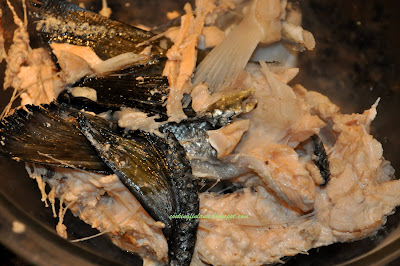 Into the strained broth, I added a couple of cubed potatoes and boiled them for 15 minutes until they softened.  Then I put in some chopped dill and added about half a cup of light cream (I could have used a cup of whole milk instead, but this is what I had in the refrigerator).  I pulled as much fish off of the bones as possible and added it back to the soup, it would have been good if I had reserved some chunks of fish to add at this point, but I didn't have any left.  After salting to taste and adding a little white pepper, I simmered it for 10 minutes (be careful that the soup doesn't boil after you have added the milk or cream, otherwise it will separate).  The kids loved it!  The youngest kept wondering if he could find the eyeball, maybe it would bring good luck like the almond in the rice porridge at Christmas! 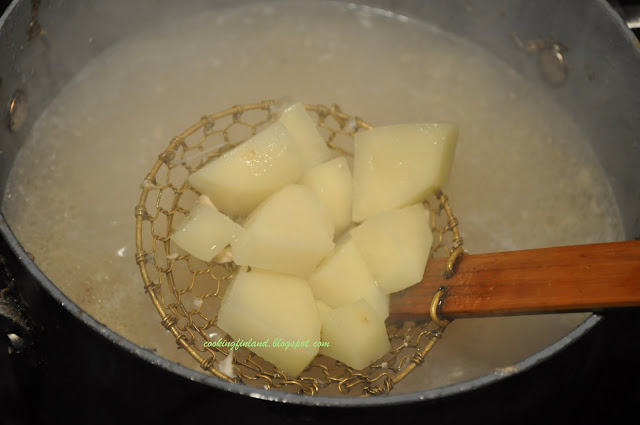 Posted by Elizabeth at 7:50 AM