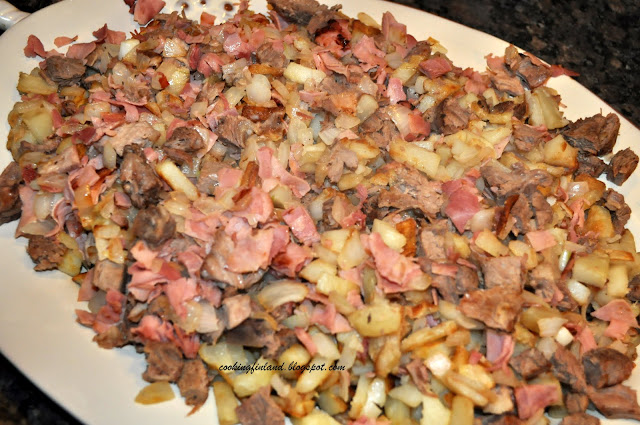 Tonight my husband requested one of his favorite dishes for dinner, pytt i panna.  This is a Swedish style hash, with all of the ingredients cut in similar size pieces, and fried separately.

Leftover small cubes of roasted or boiled beef is a main ingredient, lamb or pork could be substituted, but I didn't have any.  Fortunately, I had a chuck roast in the freezer, but it was frozen solid.  I covered it and put it on to boil in water seasoned with salt and pepper, then cut it in smaller pieces after it thawed.  After about an hour, it was ready to cut into small cubes. 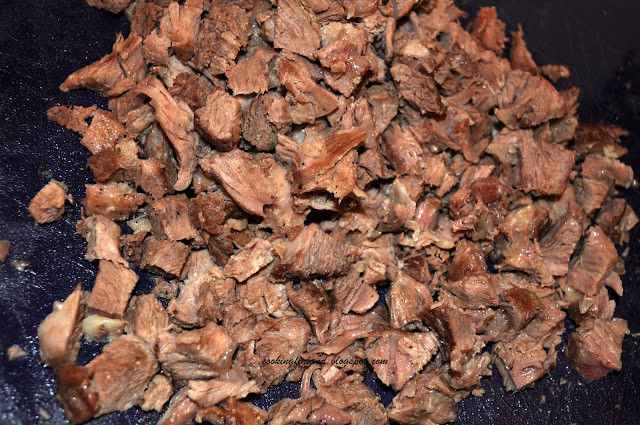 I made a double recipe, so I used about 2 pounds of beef, along with 12 potatoes.  After washing the potatoes, I peeled them and cut them into small cubes.  To keep the potatoes from turning brown while waiting to be fried, I soaked them in cold water. 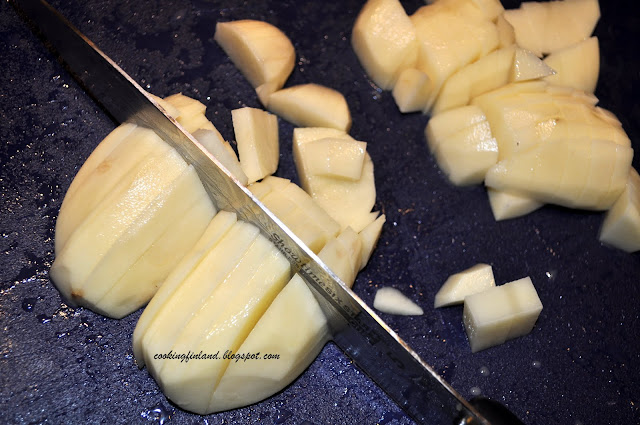 Next, I diced three fairly small onions.  Note that I tried to make all the ingredients into approximately the same size cubes.  I also cut up about a pound of ham.  All we had was thin-sliced ham, so it was not possible to get this to the same size. 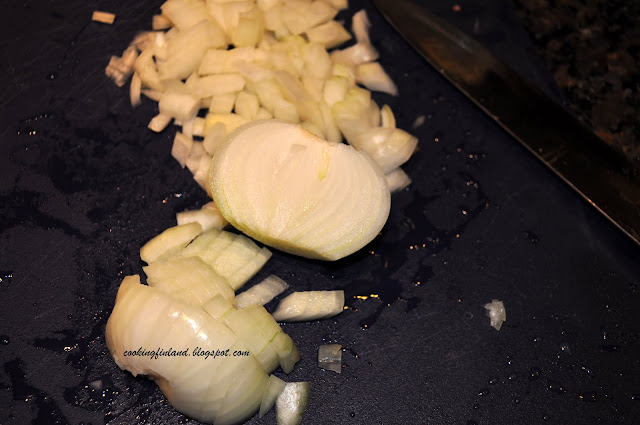 I heated a couple of tablespoons of oil and a couple of tablespoons of butter at 350 degrees Fahrenheit on my griddle.  I decided to use a griddle instead of a frying pan because of the double recipe.  Since the griddle is nonstick, it didn't take much oil or butter, if your pan is not nonstick, you should use more and drain the cooked potatoes on paper towels after cooking.  First, I cooked the potatoes which took about 20 minutes to brown and cook through.  I salted the potatoes during cooking. 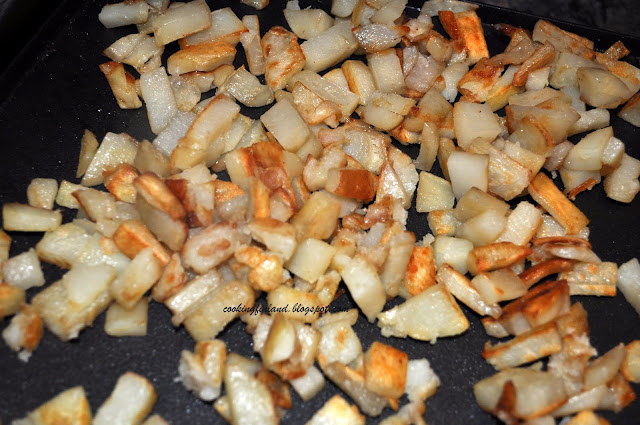 Next, I put the potatoes to the side and cooked the onions in a little more butter.  I salted the onions a little, also.  Be careful not to brown or burn the onions. 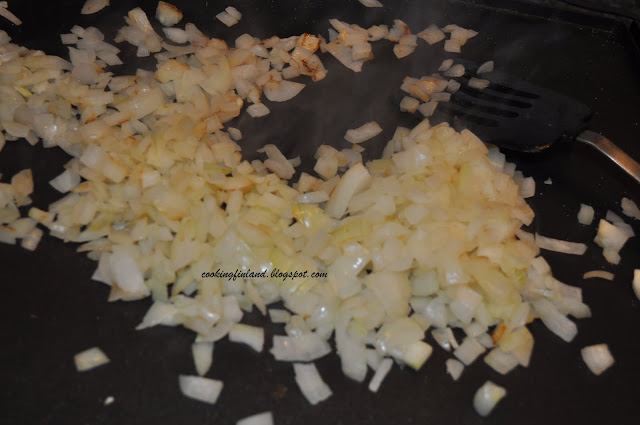 Leaving the onions on the griddle, I added the beef and ham, and cooked this for about ten minutes, stirring most of the time. 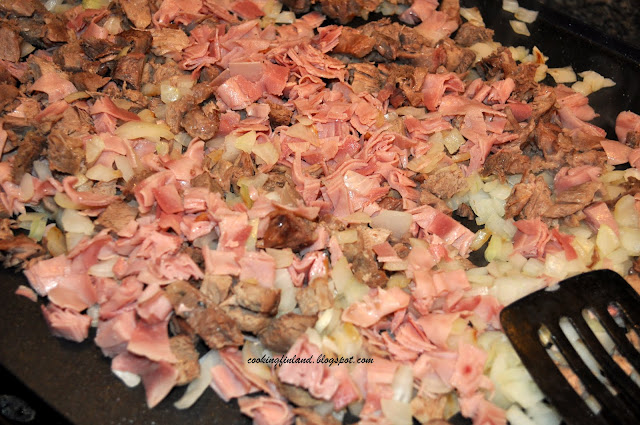 Then I added the potatoes back in, and the dish was ready.  Often, it is served with a fried egg, or a raw egg yolk.  I wouldn't feed the kids a raw egg yolk unless it were from a pasteurized egg.  This had enough meat in it that we didn't miss the egg.  You could also put a little parsley on it, we didn't have any fresh, so I omitted it.

We served it with mustard, ketchup, and marinated cucumbers.  It was delicious! 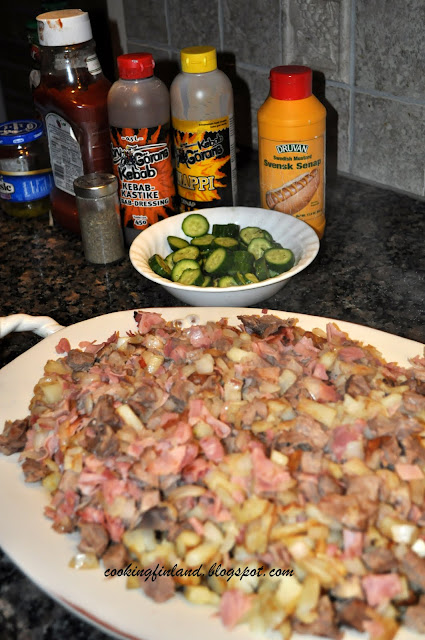 Posted by Elizabeth at 8:21 PM